Associate Artistic Director and Conference Dramaturg Michele Volansky will conduct a “deep dive” exploration of the six extraordinary plays in our 2020 Conference line-up. This course will meet three times to discuss each of the Conference plays, teasing out their thematic, structural,and character elements and discussing their progress during the Conference. Participants are invited to “attend” at least one of the six scheduled readings as a way of tracking the evolution of the play as a way of conducting their own deep dive.

Thursday July 16th , 4:30-6:30
Update on BADLANDS and COVENANT and discuss MY MOTHER THE SUN and TAKE MY HAND AND WAVE GOODBYE

Thursday July 23rd, 4:30-6:30
Update on MY MOTHER THE SUN and TAKE MY HAND AND WAVE GOODBYE and discuss how it feels to fall from the sky and THIS MUCH IS TRUE 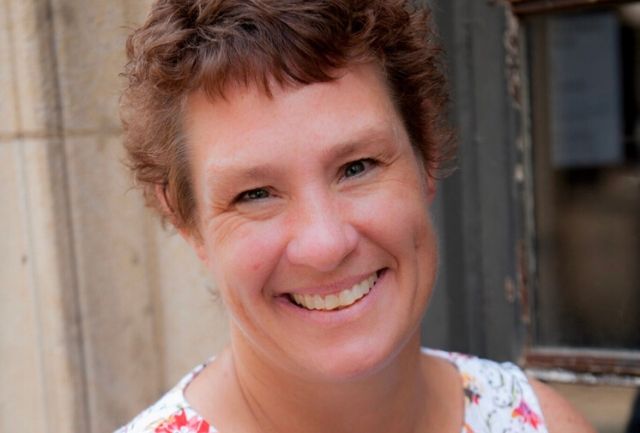 In addition to her work at PlayPenn, Michele Volansky is also an Adjunct Associate Professor at Columbia University. She has worked on nearly two hundred new and established plays in her professional career and has served on the artistic staffs at Actors Theatre of Louisville (1992-95), Steppenwolf Theatre Company (1995-2000) and Philadelphia Theatre Company (2000-2004).   Volansky has also served as dramaturg for new works at Azuka Theatre, Arden Theatre Company, 1812 Productions as well as at Merrimack Rep and South Coast Rep, among others.  She has served as an artistic consultant, a reader for a host of other conferences/awards/programs and is the 1999 inaugural co-recipient of the Elliot Hayes Award for Dramaturgy.  She is a past president of LMDA, the Literary Managers and Dramaturgs of the Americas (2002-2004). Her book on playwriting and collaboration with Bruce Graham entitled The Collaborative Playwright was published in March, 2007 by Heinemann Press. She holds a B.A. in English from Washington College (where she served as Associate Professor of Theatre), an M.A. from Villanova University and a PhD from the University of Hull (England); her dissertation explores the politics and advocacy of the critics Kenneth Tynan and Frank Rich.