Our 2020 Conference has been postponed.

As soon as a new date is found to support the development of these plays and playwrights, we will let you know.

PlayPenn is proud to announce our 2020 plays and Haas Fellows:

What is the process for selecting a Haas Fellow? Find out more. 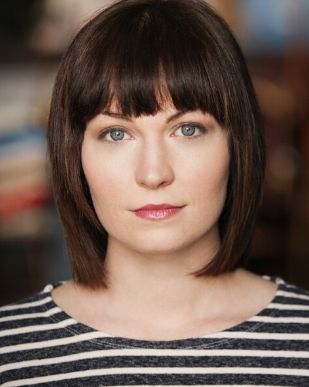 Summer, 2017. As the country prepares for The Great American Eclipse, Philadelphia prepares to shut down El Campamento, one of the largest open-air drug markets and shooting galleries on the East Coast. The play follows three library employees in the heart of “The Badlands” who have become first responders to the opioid crisis and witnesses to a changing neighborhood. Badlands examines what we owe to each other, and to the places we come from.

Nora Leahy is a Chicago-based playwright and theatre artist. Nationally, her work has been developed or produced at Lean Ensemble Theater (Hilton Head, SC); The Shuler Theater (Raton, NM); Nashville Story Garden (Nashville, TN); The Arden (Philadelphia, PA); Actors Theatre of Charlotte (Charlotte, NC). In Chicago, her work has been seen at The New Colony, The Greenhouse Theater, Victory Gardens, and Jackalope Theatre Company. Her plays have been nationally recognized, including Badlands (Relentless Award Honorable Mention, 2019); If You Forget Me (Princess Grace Award Semi-Finalist, 2019); and The Bridge (Woodward Newman Award Finalist, 2017).

Nora currently serves as Managing Director of Jackalope Theatre Company in Chicago, a company committed to cultivating theatre that expands the American identity by producing new work that celebrates diverse perspectives. Previously, she served as Business Manager of Lookingglass Theatre Company and Managing Director of Two Pigs Productions. In 2018, Nora was named one of the “50 People Who Really Perform for Chicago Theatre” by NewCity Magazine. www.noraleahy.com 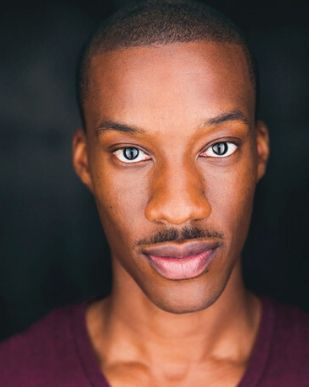 Two years after his sudden disappearance, a guitar player returns to his small town as a blues star, setting into motion rumors that he may have made a deal with the devil to attain his musical genius. Based on the myth of Robert Johnson, Covenant explores the power of belief and tests the thin veil between rumor and truth. 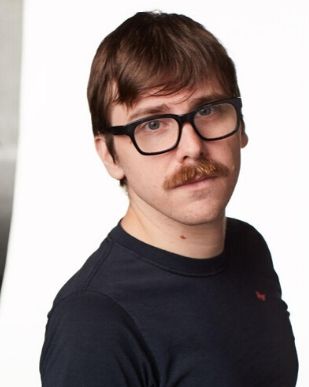 how it feels to fall from the sky by Dominic Finocchiaro

After witnessing a woman plummet from the sky, five strangers in New York form a support group to process what they have seen. A melancholic dramedy about loneliness, loss, and the unending possibility of salvation inside human connection. 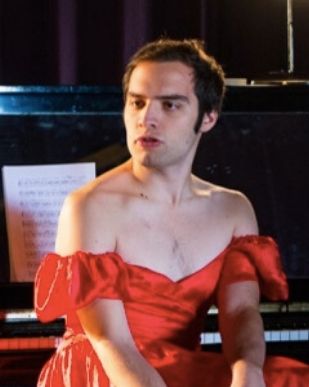 My Mother the Sun by massi monfiletto

When her mother goes missing in the desert between the US/Mexico border, Solana must journey out with a group of activists to bring her back. As her past begins to haunt her, she must undertake an extraordinary transformation in the hopes of keeping her family together.

massi’s a playwright and essayist from Albuquerque, NM currently residing in Brooklyn, New York. She specializes in theatre about borders and takes her influences from the many incredible Latinx playwrights and poets working to shake up the current theatre scene. My Mother the Sun was recently performed as part of the Echo Theatre’s Young Playwrights in Residence program. Check out her other plays at New Play Exchange, particularly Penelope Clefts Herself in Two Along an Invisible Line (NTI Fall 2017), Las Marthas (Drake University 2018), and Calypso in Harlem (Great Plains Theatre Conference.) Special thanks to Boni Alvarez, who gives sensational advice, and Lourdes Gutierrez-Najera, without whom this play could not have been made. 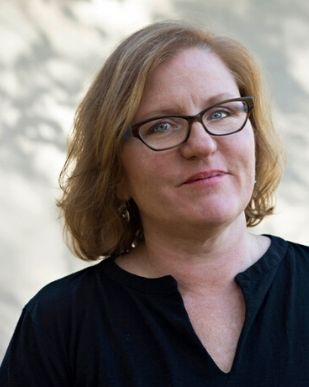 Take My Hand And Wave Goodbye by Tammy Ryan

When Stef is shot down in a random act of gun violence in Pittsburgh, her fifteen year old niece, Cassie, begins dreaming her back into existence. In the months after the shooting, each family member is confronted with the question: “if they had done just one thing differently would there have been a different outcome?” Told with humor and heart, Take My Hand and Wave Goodbye is about the impact of gun violence on one family in Pittsburgh and the difficult necessity of grief.

Tammy Ryan’s plays have been performed across the United States and internationally at such theaters as The Alliance Theater, Florida Stage, Marin Theater, People’s Light and Theater Company, Portland Stage Company, Premiere Stages, Pittsburgh Playhouse and the Repertory Theater of St. Louis among others. Plays include The Wake, Molly’s Hammer, Tar Beach, Soldier’s Heart, Baby’s Blues, and The Music Lesson which received the AATE Distinguished New Play Award. Other honors include The Francesca Primus Prize, and The Pittsburgh Cultural Trust Creative Achievement Award. She is a resident playwright of New Dramatists class of 2025. 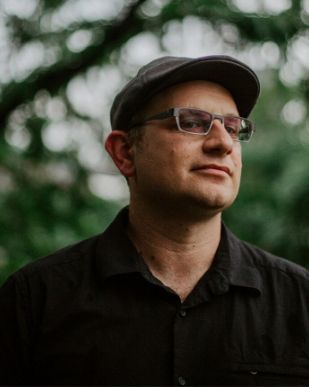 This Much I Know by Jonathan Spector

A man’s investigation into his missing wife launches us on a time-hopping fugue across the 20th century. This Much I Know is an explosively theatrical exploration of how we make decisions, how we change our minds, and how much responsibility we bear for things over which we have no control.

A reading of When We Fall, a work-in-progress by Emma Gibson.

7.7 billion people on earth and everyone is lonely. Perhaps. Trina definitely is, even though tonight is her birthday and she’s going to party like it’s 1982. But when Andrew and Clare turn up as Superman and Little Bo Peep, the ache of loneliness fills the night. Even Dalir senses it from the roof top, somewhere between London and Pakistan, and now he has to do something about it.
A new play about learning to fly, telling stories, and finding friendship in unexpected places.

Emma is a British theatre-maker, now living in Philadelphia, PA. She has worked as an actress in London, Edinburgh, on tour and for BBC radio drama, and film. In Philly she has performed with many local companies and was the founding producing artistic director of Tiny Dynamite. Her first play, Water In My Hands, was selected for The Philadelphia Women’s Theatre Festival (Aug 2018), Spooky Action Theatre (DC) new plays in development series (March 2019) and The Liz Smith reading series with Miranda Theatre Company at The Cherry Lane in NYC (date tbd). She has an MA in creative and critical writing from the University of Southampton (UK), worked as a freelance journalist for The Guardian Newspaper, and also directs Shakespeare at The Shipley School. More at www.britishemma.com

A reading of Flor Underwater, a work-in-progress by Foundry member Lori Felipe-Barkin.

In Florida, the water is rising, the climate is changing, and Flor and her children are looking to get theirs before it all goes to sh*t. Inspired by Bertolt Brecht’s Mother Courage and Her Children, and intended to be performed in slow rising water, Flor Underwater is a not-too-distant-future re-imagining of America’s loopiest state in crisis as its rednecks, Cubans, Miccosukee Indians, and Mar O Lagans struggle to claim a piece of the state they call home…or what’s left of it. Flor Underwater is a nightmare, yes, but it is above anything else a love song to Florida herself.

Lori has worked as an actor with a number of companies and directors including INTAR Theatre, Team Sunshine LTD., Third Space, Live Source Collective, Josh Fox (Oscar-nominated director of Gasland), and Lars Jan. She has also performed and self-produced her one-woman solo show, The Funeral of Enerio López, in both Philadelphia and New York City. You can hear Lori’s her voice anywhere from television to radio, and she has lent her voice to companies such as Nickelodeon, PBS, Samsung, and more. Lori would like to thank PlayPenn and her cohorts at the Foundry for this extraordinary opportunity. She hopes it is the start of many more years of toil, laughter, and collaboration as a playwright. 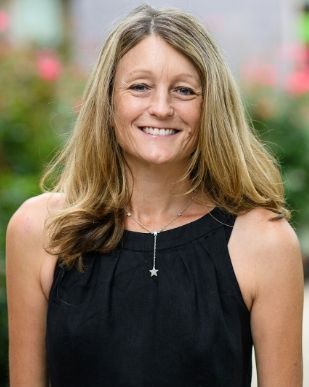 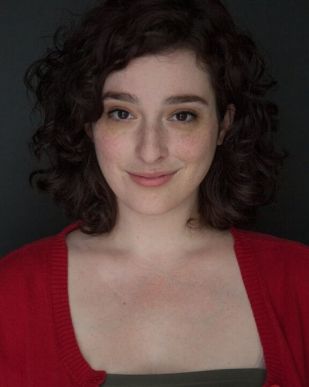