A Musical How-To, with Daniel and Patrick Lazour

In this masterclass, we will be taking students through the creation of a musical.

What makes a good idea for an original musical? What makes a good adaptation? Then, once you have your idea: what are the steps to make that musical in your head a reality. Daniel and I will focus on the practicals of musical theater creation — music & lyrics, the book, collaborations — while also giving some insight into the world of development and production, as well as smart and responsible independent theater making. We are all writing a musical to make a musical… and that means produce a musical! Hopefully, our masterclass will give some insight to take your show to the next level.

A serious interest in musical theater, and a desire to write a musical 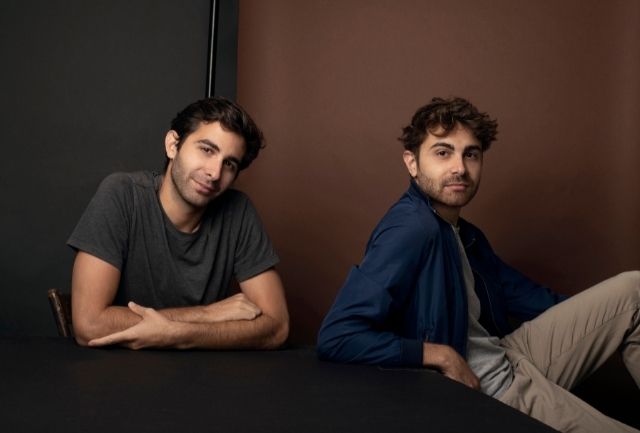 Daniel and Patrick Lazour are Lebanese-American brothers and music theatre writers. In May 2019, they premiered their musical We Live in Cairo at the American Repertory Theatre directed by Obie Award-winner Taibi Magar. Their album Flap My Wings (Songs from We Live in Cairo) was recorded remotely during the pandemic and features major activist-songwriters from across the Arab world. They are developing a new musical with Ritesh Batra based on his movie The Lunchbox, commissioned by Lincoln Center Theater, and their musical community project about cancer treatment, patients and caretakers is being developed with Harvard University and the American Repertory Theater. They have developed their work during residencies at O’Neill, Yaddo, UCross and SPACE at Ryder Farm. Patrick and Daniel are MacDowell Fellows and New York Theatre Workshop Usual Suspects. Most recently, they were artists-in-residence at the American University in Cairo. They perform their songs live weekly at the Boiler Room, a gay dive bar in New York City. @frereslazour