How to (you know) write dynamic dialogue.

We’ve all been there. You’ve ruminated on an idea for a play. Dreamed up some really compelling characters. Even outlined major plot points in the shower one morning. Like you know exactly how you want the thing to end and everything. But then you sit down to start writing it and read that first scene out loud and go, “Ughch, all my characters all sound the same,” or “Man, this feels so flat.”

THAT. That’s what this class is for: avoiding that shit. I’ll break dialogue down into elements and give you some tips for how to create dialogue that feels both authentic to your characters and engaging to your audience. Along the way, I will give you two short assignments that will challenge you to flex your dialogue muscles, and we will workshop your work.

Just bring something to write on or with. 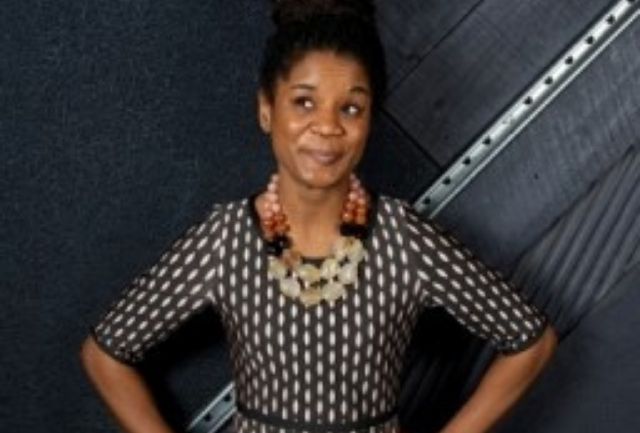 Chisa Hutchinson (B.A. Vassar College; M.F.A NYU – TSoA) has presented her plays, which include She Like Girls, Somebody’s Daughter, Surely Goodness And Mercy, Whitelisted and Dead & Breathing at such venues as the Lark Theater, Atlantic Theater Company, CATF, the National Black Theatre, Second Stage Theater and Arch 468 in London. Her radio drama, Proof of Love, can be found on Audible (with a pretty boss rating). She has been a Dramatists Guild Fellow, a Lark Fellow, a NeoFuturist, and a staff writer for the Blue Man Group. She’s won a GLAAD Award, a Lilly Award, a New York Innovative Theatre Award, a Helen Merrill Award, and the Lanford Wilson Award. Currently, Chisa is standing by for production on a new TV series she helped write for Showtime, and is about to embark on another with producers Karamo Brown (Queer Eye) and Stephanie Allain (Hustle & Flow, Dear White People). Her first original feature, THE SUBJECT, an indie about a white documentarian dealing with the moral fallout from exploiting the death of a black teen, is available on various VOD platforms after a successful film festival circuit during which it won over 30 prizes. To learn more, visit www.chisahutchinson.com .