Native Voices at the Autry

PlayPenn, in our unwavering commitment to develop new plays, is proud to share resources with Native Voices at the Autry, the country’s only Equity theatre company devoted exclusively to developing and producing new works for the stage by Native American, Alaska Native, Native Hawaiian, and First Nations playwrights.

Indigenous Circles Workshop highlights the development of new work by two Indigenous playwrights. This collaboration diversifies and decolonizes American Theatre by amplifying the voices of the original inhabitants. It provides a safe space for Native playwrights to ideate and develop Native theatre without confining or restricting it to a Western structure. The process of development is entirely led by Indigenous artists in the service of new and exciting Native stories. 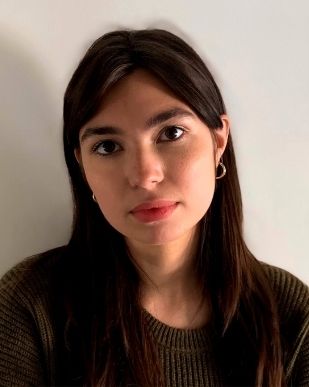 Haunted by nightmares of an evil Knight, 18-year-old Carrie is thrown into a world of memory, danger, and mysticism as she seeks to uncover her grandmother, Rosa’s, past. Carrie unearths objects that link her to the ghosts of those lost to the Southwest’s bloody history. Each time Carrie and Rosa touch an object they are launched into Rosa’s memories that bring her closer to knowing the truth about where she comes from. This is where we meet Rosita and Joe, a young couple living on undisclosed Genizaro territory in Ojo Caliente, New Mexico in the 1950’s. They flee one night after stealing the bones of their familial ancestors, Nicholas and Josefa from a mysterious woman named Placida. As we watch both their journeys unfold, we also bear witness to a battle between the ancestral patriarch and matriarch as they fight for ownership of Carrie’s mind and body.

Lily Rushing is from the hot, inland metropolis known as Sacramento, CA. She graduated from The Theatre School at DePaul University with a BFA in Playwriting. She is the 2018 recipient of The Playwriting Initiative award at Interrobang Theatre Project, where she wrote Cowboy Play. In 2020 Cowboy Play was part of the Read, Rant, and Relate Series by Relative Theatrics. Desert Stories received a full production in April 2018, directed by Ann Filmer at The Theatre School at DePaul University. Her ten-minute play, The Dog, was commissioned by Victory Gardens and presented at their College Night. She has also worked with Sacramento Theatre Company and the School Partnership Program, putting on plays at urban schools with kids from her neighborhood, in her beloved hometown. 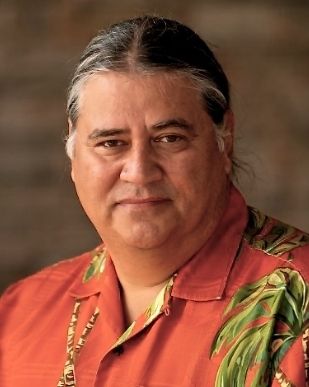 Feathers is a look at the struggle and strife of two religious’ ideologies when they come in conflict with the life of one man and his two families. Dave Little Bear facing his mortality has accepted a Christian way of life, yet his children who were brought up in a Native American religious dogma are determined to bury their father in the traditional ceremonial way. But they are at odds with his illegitimate daughter who is a fundamentalist Christian and believes he should be put away through the church. Chaos soon ensues.

J R Mathews is descended from both Quapaw and Seneca/Cayuga tribes of Oklahoma, and was former Artistic Director of the American Indian Theater Company from 1980 to 1987. His work has won numerous awards in both theater and film. J R attended Northeastern Oklahoma A&M College in Miami and Oklahoma State University. Today he is busy still in the Entertainment with the Writing, Producing & Directing 5 short films all of which have won many awards. They are Fancy Dancer, Running on Indian Time, Saynday, How the West Wasn’t One & Heartbroken. His plans are to produce a feature length film of Fancy Dancer in the summer of 2022.

All Events are Virtual, Free, and Open to Everyone

Courtney Elkin Mohler, Ph.D. (Santa Barbara Chumash) joined the faculty of the Theatre Department at Butler University in Fall 2017 as an Assistant Professor, where she directs productions for the department and teaches courses in Theatre History, Text Analysis and Critical Perspectives in Theatre.  Mohler holds a Ph.D. in Critical Studies in Theater from the University of California, Los Angeles, where she also earned her B.A. in Theater with emphases in Acting and Critical Studies. As a professional dramaturg, Mohler is working with playwright Vickie Ramirez on her new play Yah-Che-Wah-Kehn (Bitter), winner of the National New Play Network’s 2020 Smith Prize for Political Theatre.  Bridging her research and artistic interests, she also regularly directs and does dramaturgy for the professional Native American theatre company Native Voices at the Autry in Los Angeles and serves on their National Play Reading Panel. Her co-authored book Critical Companion to Native American and First Nations Theatre: Indigenous Spaceswas published in 2020 by Bloomsbury-Methuen Press.  Mohler received the 2019 Butler University Outstanding Professor of the Year in Research.

Bethany Hughes, Ph.D. (Choctaw Nation of Oklahoma) is an Assistant Professor of American Culture and Native American Studies at the University of Michigan. A cultural historian and performance scholar she holds a PhD in Theatre and Drama from Northwestern University and degrees in Drama and Musical Theatre from the University of Oklahoma and Friends University. Hughes’ research interests include redface in American theatre, the performance of federal Indian law, race, musical theatre, the business of producing theatre, and “Indian” themed material culture that invites embodied interaction (e.g. souvenirs, statues, tourist attractions). Her work can be read in Theatre Survey, Theatre Topics, HowlRound.com, and Theatre Journal. She is completing a manuscript titled Redface: Race, Performance, and Indigeneity that explores the creation, circulation, and perpetuation of redface as a racialized performance practice that denies indigeneity and sovereignty to Indigenous peoples.

DeLanna Studi (Cherokee Nation) is the Artistic Director of Native Voices at the Autry. She has over 25 years of experience as a performer, storyteller, educator, facilitator, advocate, and activist. Her theater credits include the First National Broadway Tour of Tony Award and Pulitzer Prize winning play August: Osage County, Off-Broadway’s Gloria: A Life at the Daryl Roth Theatre, Informed Consent at the Duke Theater on 42nd Street, and Regional Theaters (Oregon Shakespeare Festival, Portland Center Stage, Cornerstone, and Indiana Repertory Theater). DeLanna originated roles in over eighteen World Premieres including fourteen Native productions. A pivotal moment in her career was writing and performing And So We Walked: An Artist’s Journey Along the Trail of Tears based on retracing her family’s footsteps along the Trail of Tears with her father. And So We Walked has been produced throughout the country and was the first American play chosen for the Journees Theatricales de Carthage in Tunisia, Africa. In film and television, DeLanna can be seen in the Peabody Award winning Edge of America, Hallmark’s Dreamkeeper, Goliath, Shameless, and General Hospital.  She is a recipient of the Butcher Scholar Award, MAP Fund Grant, and Cherokee Preservation Grant. Since 2007, she has served as the chair of the SAG-AFTRA National Native Americans Committee.