Moss and Kay’s Fabulous Adventure; or, Objects Becoming More Distant From One Another at Ever-Increasing Speeds

Moss and Kay’s Fabulous Adventure; or, Objects Becoming More Distant From One Another at Ever-Increasing Speeds
by Geo Decas O’Donnell 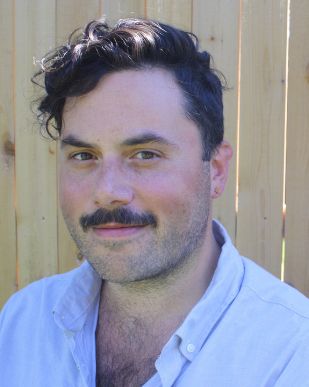 Moss & Kay meet in the audience of a play. Kay is there to support a friend, and Moss is there because their ex wrote it — about them. As the play begins, the story Moss was expecting is not the story being told; Kay has some ideas about how to fix that, so the two of them take matters into their own hands. What follows is an adventure about memory and relationships, about making art and working in restaurants, about letting go and meeting the next day.

Geo Decas O’Donnell (he/they) is a playwright, theatre-maker, and parent. His plays include FROM SKULL TO GHOST; ON THE FORMIDABLE AMBIGUITY OF THE FORESEEABLE FUTURE; WE RISE; THE DEEPEST PLAY EVER; and the musical MUTANT WATER BABIES (music by, and created with Nicholas Williams). He currently teaches theatre and playwriting at Germantown Friends School in Philadelphia. He has co-run the ensemble-based theatre company CollaborationTown(CTown) since founding it in 2003 and has created loads of devised theatre pieces there, including FAMILY PLAY (1979 TO PRESENT), and RIDDLE OF THE TRILOBITES. Select awards and residencies include: New York Fringe Excellence Award for Outstanding Playwriting for The Deepest Play Ever: The Catharsis of Pathos, 2006; New York Fringe Excellence Award for Outstanding Production for The Momentum, 2010 (developed at Robert Wilson’s Watermill Center and workshopped with a Lower Manhattan Cultural Council (LMCC) Swing Space Grant); CTown was one of the first performance groups to receive an LMCC WorkSpace grant, 2013, as well the Archive Alliance Residency at the New Ohio Theatre in 2012, and won an Otto Rene Castillo Award for Political Theatre in 2014. LMCC Process Space grant for FROM SKULL TO GHOST, 2017. Training: Boston University’s School of Theatre Arts, BFA. Foundry Writer’s Group, Class of 2022