Learn how to be your own best advocate and get your work seen, read and produced!

Both sessions will cover the same material. You will choose your preferred date below when you register.

Online. We will use Zoom.us. It is a very simple system. You will receive a link prior to class. You click the link (same link each week) and are taken to a site that has multiple boxes (like The Brady Bunch opening credits) where you can see and chat with everyone in the class. You must have a working internet connection and a computer that has both speakers (so you can hear the teaching artist) and a microphone (so they can hear you; be advised, some computer systems require you purchase a headset to use the microphone). If you would like to investigate the system before registering for the class, check out: www.zoom.us. PlayPenn covers the cost of running the system but you are expected to participate independently.

Students should bring copies of query letters or application statements that they’ve written – something a page or less that they would like to receive feedback on. We’ll go over strategies for writing letters and statements and will get the opportunity to hear some students’ samples and discuss how to strengthen them. 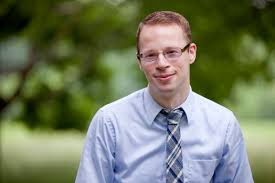 Jeremy Stoller is a regular PlayPenn Conference dramaturg. He has served as the dramaturg on the US Premiere of Ken Urban’s Sense of an Ending at 59E59 Off-Broadway and on the world premieres of Urban’s Nibbler (The Amoralists/Rattlestick), Paper Canoe’s Light at Triskelion Arts, as well as for two shows at First Person Arts; Thomas Choinacky and John Jarboe’s Beaut anad R. Eric Thomas’ Will You Accept This Friend Request?. He’s currently the Director of New Work at the Keen Company in NYC. Previously, he was the Literary Manager at Two River Theater and did additional dramaturgy/literary work with Crashbox, Disney Theatrical, The Flea, George Street Playhouse, Jewish Plays Project, Luna Stage, Musical Theatre Factory, terraNOVA Collective, and Working Theater. He’s the Founder of the national Dramaturgy Open Office Hours Project.

This class is designed to offer transparency about how theaters select their seasons, and why simply sending out standard query emails and script samples probably isn’t yielding the desired results. Learn ways to focus your outreach, grow your network of collaborators and champions, represent yourself clearly in queries and artist statements, and ultimately play a more active role in getting your plays where they are meant to be: in front of audiences.

Stay tuned…Fall Classes will be announced on September 12!

“PlayPenn has the ability to cultivate artists from the angles of playwright and actor…It is a great organization which connects artists and allowing them to hone their craft.”

“Taking a PlayPenn Class you quickly realize how many talented playwrights and creative, generous artists are writing in Philly, and your own work benefits from the experience of working among them tremendously!”