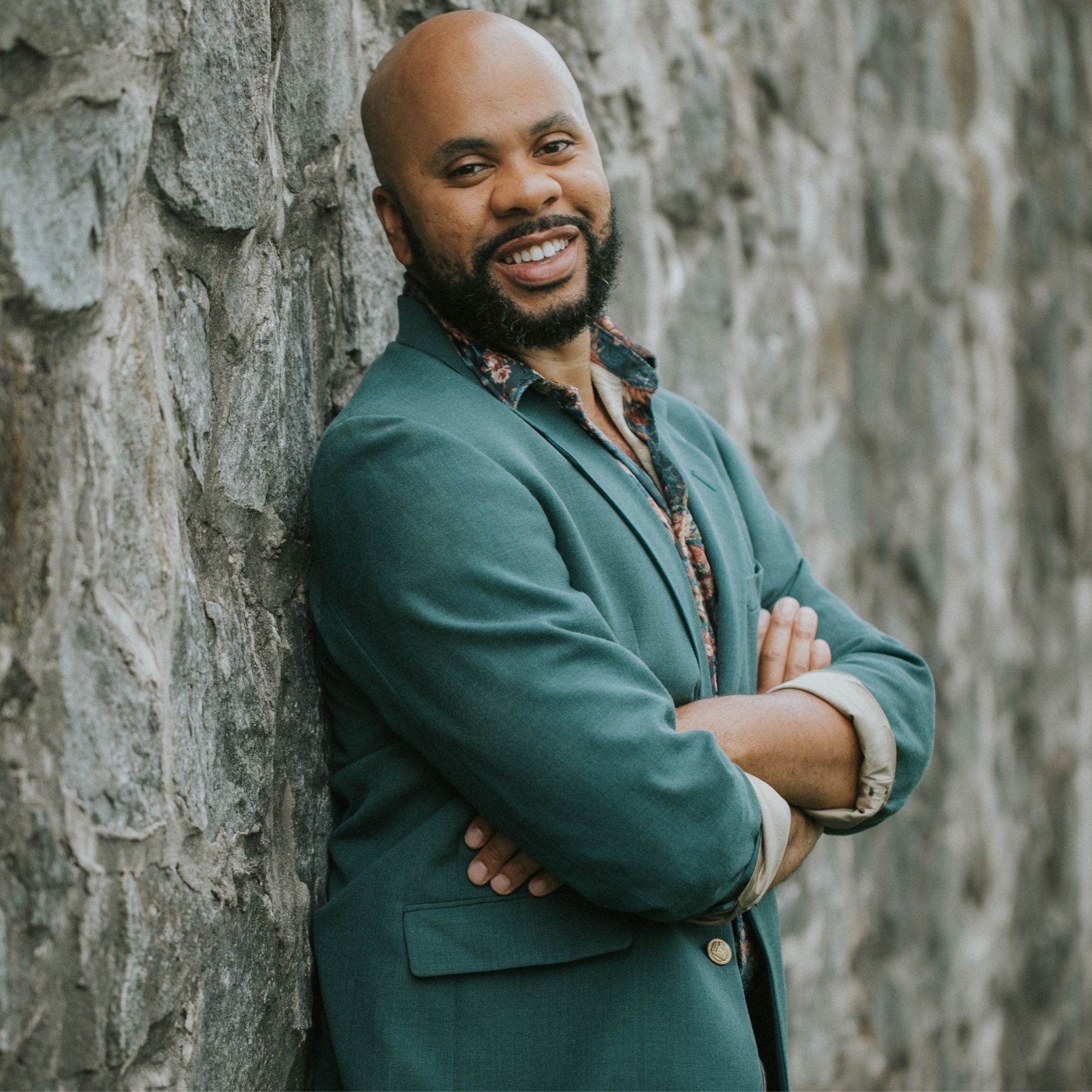 R. Eric Thomas (he/him) won the 2016 Barrymore Award for Best New Play and the 2018 Dramatist Guild Lanford Wilson Award and was a finalist for the 2017 Steinberg/ATCA New Play Award and two 2020 Lambda Literary Awards. He is the recipient of a 2017/2018 National New Play Network Commission and has also been commissioned or produced by Baltimore Center Stage, Arden Theater Company, Azuka Theater, Single Carrot Theater, About Face Theater, City Theater Miami and more. His debut memoir-in-essays, Here For It, or How to Save Your Soul in America was a national bestseller and a Read with Jenna book club pick featured on Today. On screen, he has written for the Peabody Award-winning series Dickinson (AppleTV+) and Better Things (FX) and is currently developing multiple television projects. 2021-22 Productions include The Ever Present (Theatre Exile), Backing Track (Arden), The Folks at Home (Baltimore Center Stage), and Crying on Television (Everyman Theater). He is an alumnus of The Foundry, the Lambda Literary Fellowship, and the Ingram New Works Project.