InterAct and PlayPenn are proud to present a public reading of Willy Holtzman’s play Honor Flight. 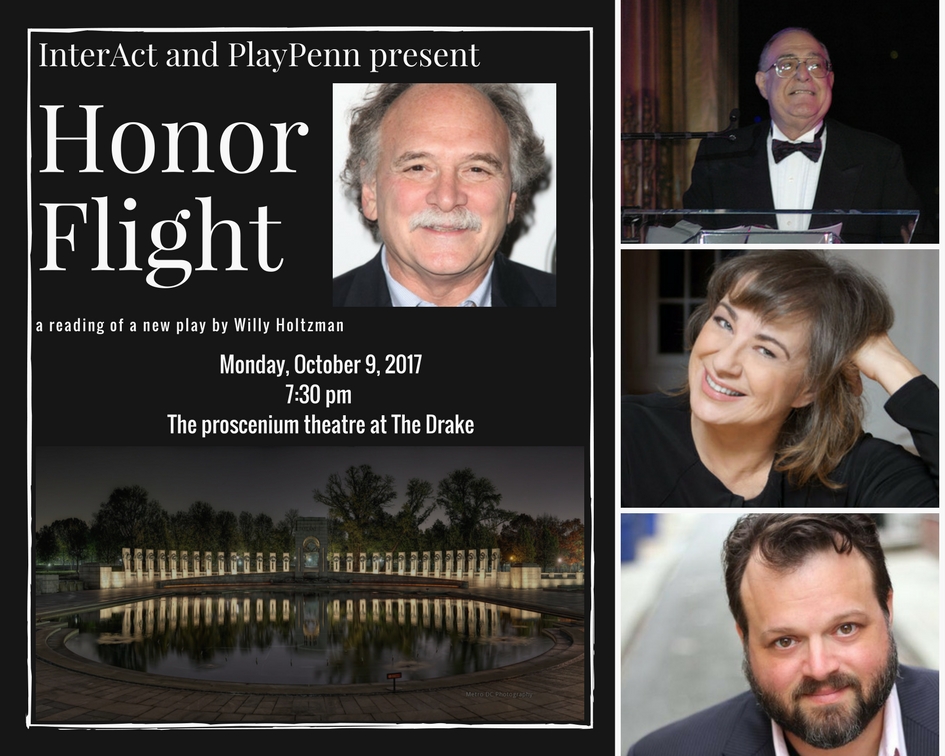 Honor Flight by Willy Holtzman
Donald is an over-medicated veteran counting down his days in a St. Louis nursing home. When sibling combat between his daughter and son lead to an unlikely pilgrimage to see the World War II memorial in Washington, distant and recent hidden memories upend  the entire family.

The reading is free and open to the public.  No RSVP necessary. The play reads at about 90 minutes, and we’ll have some refreshments afterward in the lobby.