This class will offer new and experienced playwrights a chance to explore some wildly different ways of writing movement, scripting the nonverbal, and dramatizing the body. Together we’ll discuss some excerpts of physically exciting work pulled from plays, dance, physical theater, and contemporary circus, and then we’ll do some generative playwriting inspired by the examples. So if you want to experiment with new ways of revealing character, theatricalizing conflict, braiding movement techniques into your writing, or blurring the boundaries between theater, dance, and circus, this class is for you. (Don’t worry: no movement experience needed. No athleticism needed either. Just an open, curious mind.) 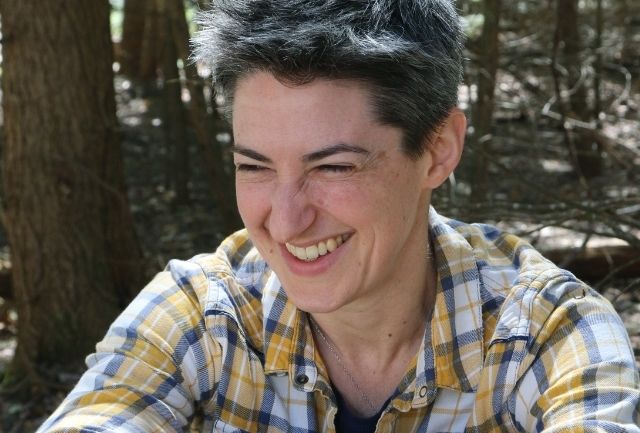 L M Feldman is a queer, feminist playwright who writes theatrically adventurous, physically kinetic, ensemble-driven plays – usually about outsiders, often about searchers, always about the human connection. Her plays include THRIVE OR WHAT YOU WILL (New Georges & Page 73 Residencies); ANOTHER KIND OF SILENCE (FEWW Prize Honorable Mention, Magic Theatre New Play Festival, PlayPenn & Sewanee Writers’ Conferences, Playwrights Realm Fellowship); AMANUENSIS, OR THE MILTONS (Georgetown University, Ramah Theatre commission); THE EGG-LAYERS (Jane Chambers Honorable Mention, New Georges/Barnard College commission); GRACE, OR THE ART OF CLIMBING (Denver Center, Barrymore & ATCA/Steinberg New Play Award Nominations); and A PEOPLE (Orbiter 3, Jewish Plays Project); as well as several ensemble-devised works, including GUMSHOE (New Paradise Labs + the Free Library of Philadelphia + the Rosenbach Museum), WAR OF THE WORLDS: PHILADELPHIA (Swim Pony + Drexel University), AND IF YOU LOSE YOUR WAY, OR A FOOD ODYSSEY (The Invisible Dog), LADY M (Philadelphia Live Arts Festival), and others. She has been nominated for the Wendy Wasserstein Prize, Susan Smith Blackburn Prize, Barrie and Bernice Stavis Playwright Award, the New York Innovative Theatre Award, and the Doric Wilson Independent Playwright Award. She’s an InterAct Theatre Core Playwright. A graduate of the Yale School of Drama and the New England Center for Circus Arts, L is also a performer & dramaturg of contemporary circus. She has performed circus-theater at festivals around the world, and she’s a dramaturg for circus artists around the country. She loves theater that moves, and circus that tells stories. L has lived in seven cities and is now based in Philadelphia, where she teaches and where she’s writing two new plays: commissions from EST/Sloan and the Children’s Theatre of Charlotte.