Join Whiting award-winning Philadelphia playwright and PlayPenn alum James Ijames for a deep dive into dialogue and what compels people to speak.

What do you want to say? How do you create compelling dialogue that is character based and active?

The class will be a dynamic, on your feet approach to generating distinctive theatrical language for your characters that drives the action of your play and is unique to each character. Come with a play, a scene, or an idea and we will make your dialogue sing.

Free Reading of YOUR New Play

Bring a snippet (one page or less) of your favorite piece of dialogue from a play. 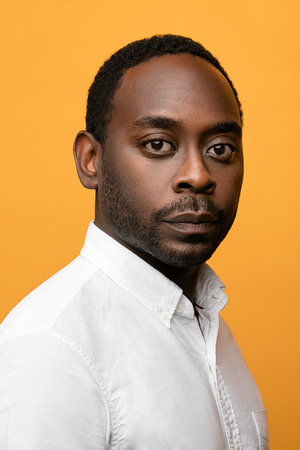 James Ijames is a Philadelphia based performer and playwright. He has appeared regionally in productions at The Arden Theatre Company, The Philadelphia Theatre Company, InterAct Theatre Company, The Wilma Theatre, Baltimore Center Stage, Mauckingbird Theatre Company, and People’s Light and Theatre. James’ plays have been produced by Flashpoint Theater Company, Orbiter 3, Theatre Horizon (Philadelphia, PA), The National Black Theatre (NYC), Ally Theatre (Washington DC) and have received development with PlayPenn New Play Conference, The Lark, Playwright’s Horizon, Clubbed Thumb, Villanova Theater, The Gulfshore Playhouse, Wilma Theater, Azuka Theatre and Victory Garden. James is the 2011 F. Otto Haas Award for an Emerging Artist recipient, and he also won two Barrymores for Outstanding Supporting Actor in a Play for Superior Donuts and Angels in America and one Barrymore for Outstanding Direction of a Play for The Brothers Size with Simpatico Theatre Company. James is a 2011 Independence Foundation Fellow, a 2015 Pew Fellow for Playwriting, the 2015 winner of the Terrance McNally New Play Award for WHITE, the 2015 Kesselring Honorable Mention Prize winner for .…Miz Martha and a 2017 recipient of the Whiting Award. James is a founding member of Orbiter 3, Philadelphia’s first playwright producing collective and a mentor for The Foundry. He received a B.A. in Drama from Morehouse College in Atlanta, GA and a M.F.A. in Acting from Temple University in Philadelphia, PA. James is Assistant Professor of Theatre at Villanova University and resides in South Philadelphia.

Click the link below to visit our Reservation Page, where you can view all available classes. For questions or to inquire about payment plans, please email classes@playpenn.org.

“PlayPenn classes offer a chance to take a break from the mundane, from the frenzy of the everyday, and to focus on your writing for a few hours, or a weekend, while gaining insight and inspiration from some truly excellent professional playwrights and teaching artists. PlayPenn’s opportunities are ones I feel lucky to be exposed to.”

“The classes are a great opportunity for theater makers and theater lovers to gain useful insight to the playmaking process, as well as helpful tools to apply in any creative endeavor.”