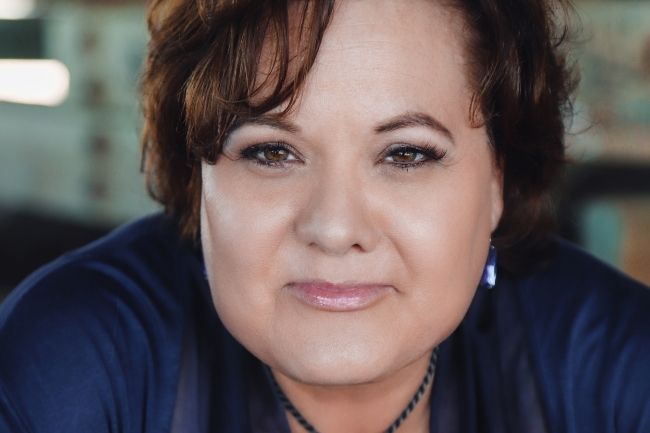 She began her career as the Assistant to the Staff Producer at The Mark Taper Forum where she worked on the writing workshop of the Pulitzer Prize winning Angels in America, Part II: Perestroika. As you can imagine, this was like a master class in new play development for her. Bitten by the new play bug, she went on to do other projects for the Taper that supported playwrights such as coordinating the Taper Lab Series and Mentor Playwright’s Series. There she worked with writers such as Luis Alfaro, Anthony Clarvoe, Han Ong, Oliver Mayer, Ellen McLaughlin, Alice Tuan and Mac Wellman.

She has a master’s degree from the University of Cincinnati, College Conservatory of Music (CCM) and a Bachelor of Arts Degree from California State University, Northridge. For almost two decades, she has produced the Directors Lab West which takes place at the Pasadena Playhouse annually.

Che’Rae is also an experienced public speaker and educator, having taught acting and writing workshops at various institutions around the country such as The Kennedy School of Government at Harvard University, Catholic University, Miami Dade University, California State University Fullerton, UCLA Extension, Azusa Pacific University and Hussian College. She has also served on panels for Hollins University, USC, The New Playwrights Festival at the College of the Desert, and the Kennedy Center American College Theatre Festival.

Che’Rae is an advocate for diversity, equity, and inclusion. She spent the last two years of the pandemic producing diverse online programming with HowlRound TV in response to the social inequity taking place in our society. Recently, she curated Breathe: A BIPOC Reading Series in response to George Floyd’s murder; Home: Asian Voices Reading Series to amplify Asian-American stories; and The Voices of Afghanistan project where monologues were constructed from interviews with Afghan artists in hiding.

Che’Rae has had 22 articles published online at NOHOARTSDISTRICT.COM, and self-published a workbook for writers called Writing is Hard… She is the recipient of a SDC Foundation Observership award where she shadowed James Burrows on the TV show Will and Grace. She has been nominated for a Cincinnati Enquirer Entertainment Award and Backstage West Garland Critics Citations Award. Fun fact: In 2009, Che’Rae played Gladys Presley in Cirque du Soleil’s Viva Elvis which opened the Aria Casino in Las Vegas.